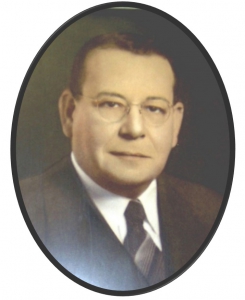 Russell G. Nesbitt was a father, a lawyer, an advocate, and an activist. He had a son with disabilities who needed services, so he joined together with a small group of parents and supporters and with an initial investment of $200 each they started the Ohio County Council for Retarded Children in 1958. The first building was named after his son, Russell W. Nesbitt.

1960-1965:  The Russell Nesbitt School was supported by members of the Ohio County Council for Retarded Children, Inc. and a small tuition fee from participating parents.

1969:  West Virginia Legislature passed a law requiring local public-school districts to be responsible for the availability of special education programs within their jurisdiction. July 1, 1974: the legislation became effective.

1972: The board of directors announced a planned expansion to create additional classroom space, remodel the kitchen area, and add office space to accommodate additional children and staff.  Estimated renovations were $20,000-$30,000. The school was providing services to 26 students.

1989: The agency took over the former Sandwich Shoppe located on 14th Street manned by clients. Entrance into vocational programs.

1995: The Agency amended bylaws and changed the name to Russell Nesbitt Services, Inc. to eliminate the stigma attached to the term “Retarded Children” and to reflect its focus on Adults.

1996: RNS took over the WATCH operation and assisted with a capital improvement campaign that led to a location move to the current address of 2600 Main Street, Wheeling, WV.

2000: Board of Directors sought additional space from the Ohio County Board of Education and purchased the “Fulton School” in May for $82,500. Options for the building included:  Tear it down and construct new; renovate part or all of the existing structure

2004: Construction contracts signed for building renovations. August 31st was the “Groundbreaking Ceremony”. September 2004, as renovations were starting at 431 Fulton Street, the agency suffered devastating losses from the flood

2006: Additional NIP Credits granted. Agency begins Transitional Living Program for individuals between the ages of 18-21 who remain in the custody of DHHR and have been in institutional placements. March 24, 2006, Open House and Dedication of renovated building.

2019: December 3 - day of persons with disabilities in the city of Wheeling. December 5 - John Franklin Stephens spoke before the United Nations “ I am a man with down syndrome and my life is worth living. I don’t need to be eradicated. I don’t need to be cured. I need to be loved, valued, educated and sometimes helped.”

2020: Coronavirus protocols in place, masking up and social distancing became the norm around our facility.

2021: We opened our community Grow Greenhouse, a program through WATCH.